Combat OR Peace? Your Culture Decides!

Combat OR Peace? Your Culture Decides! 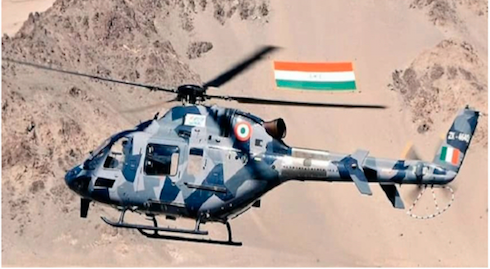 "I look for you, even if I cant see you"

The Aircrew Examining Board was in the unit and usual exam time activity was on in the unit. We were just getting to know of some action happening in and around Kargil, lack of internet and intranet meant there was only little information of what was happening in other sector. Around mid-morning, my Commanding Officer walked up in the crew room. He declared “There has been an ejection in Kargil sector, Flt Lt Nachiketa has ejected and we need to launch a SAR [Search and Rescue] ." My flight Commander Sqn Ldr Sachdeva, looked at me and I dashed to tell maintenance guys to prepare the aircraft. Quick refueling, coordinating flight plan, rechecking map etc & we were on course to Kargil within 15 minutes, but honestly, we had no clue what to do next. We were, however sure that in Kargil we could get best possible information. After landing at Kargil, I supervised the barrel refueling while Sachhu (I drop the suffix Sir, just that admire and love him so much) got briefed by Wg Cdr Sandy Atwal (Base Commander at Kargil). Sachhu walked back to the helicopter and it was visible he didn’t have much information.. We started off and zoomed towards a probable area of ejection. We knew a general area of search as we studied the map and then went criss cross looking for signs of a downed Mig 27 (smoke, parachute, wreckage etc ) We were getting anxious and wanted to reach out to the pilot ASAP. We had no specific information but just hope that we would find Nachi. After flying for about 20-25 minutes we landed in an open field. Sachu got down from the heptr and inquired from an villager about probable direction of ejection. The villagers understanding and our interpretation led us to famous Yaldor Nalla (we had no clue of the Pakis being there in good numbers and that too with shoulder fired missiles). We went up and down the valley, hoping to see Nachi. Having flown for a while in that area, we saw one helipad and fluttering Indian flag did indicate that it was India. On landing Col Thomas (I think that was the name ) informed us that One post had reported “ chatri khool gayi thi , aur doosre side mein gire hain." We were then made aware by Col Thomas that we had been flying too close to probable enemy positions. With the news that para had deployed, one was hopeful that the ejection and landing thereafter would have been a safe one.With not much that could be done from our end, we returned back to Kargil.

At Kargil there was news that Sqn Ldr Ajay Ahuja had also ejected. He was on a different mission, however on hearing Nachi eject, Ajay Ahuja continued to orbit and collect as much information about Nachi’s position. Ajay Ahuja knew this would come in handy to the SAR crew in locating Nachi. During these orbits the Mig 21 got a hit from shoulder fired missile and he was forced to leave his crippled aircraft. By the time this news had flowed in, we were joined by two helicopters from Udhampur. A quick briefing and then all three helicopters got airborne to search for Ajay Ahuja. The feeling of anxiety and hope was same as earlier. Another 40 min of search got us no results and we returned to Kargil and thereafter back to Leh.  Nachi was captured as a POW and released after a few days. Ajay Ahuja landed safely, however destiny had other plans for him. He was shot dead few minutes after landing. The IAF lost a Mi-17 with four crew members the next day (28 May 1999). There was a tactical shift in the way Air Power was used thereafter. Mirages using precision weapons ensured that the decisive blow was given from Air. The Indian Army stood by its ethos and professionalism and recaptured all lost posts. Outstanding bravery and camaraderie were most visible during Op Vijay. Leadership displayed by young officers will continue to inspire future generations of Indian Armed Forces. Salute to all KARGIL HEROES Sharing three insights from this adrenaline high mission 1. Organisational trust is knowing someone somewhere is all the time thinking about you. Just give a shout out, the process and people will do the rest. Through my career I saw this to be the backbone of working ethos of Indian Air Force. "You belong HERE I shall do whatever possible to ensure that you are assisted. "Now this here could be company , NGO , Country Organisation, etc etc. 2. Paralysis of decision happens when you seek too much information and want to decide after weighing all options etc. Your ability to take good decisions is directly proportional to the trust that the organisation/ unit / sub department / etc puts into you. Follow the Nike tag line “ Just do it “ The outcome of your decision will be analysed/dissected / criticized in any which way. So why worry too much about “ What if ….“  3. Organisational culture takes many years to build up, however the constituents of this culture are everyday, small / big actions /activities. Each of this action contributes to culture building. If you can’t impact making a difference to the bigger culture, start from your own section/ department / unit. I am convinced that all helicopter pilots would have done exactly same thing . Sachhu and Welde are mere names which represent the awesome culture.